Four voices, four instruments and above all fourfold female energy, that is music Euphorica . Our songs are performed all over Europe as well as the Czech countries. Euphorica plays the gothic, medieval and renaissance music and also pagan folk from Spain, France, Germany and Italy. But musicians also play the traditional folk songs from Bulgaria, Macedonia, Serbia and nowadays the songs also from cold north of Finland and traditional song from homeladn Czech republic. Meet the culture of ancient Europe.
Euphorica is a band of unique musicians, who play medieval historical music and “World Music”, in their case traditional European folk music, in a contemporary way. While searching for new songs the musicians rely on their musical knowledge and depend on their feelings for the song. Euphorica is looking for a repertoire that can develop musical and in which they find the potential for their vocal and instrumental arrangements. 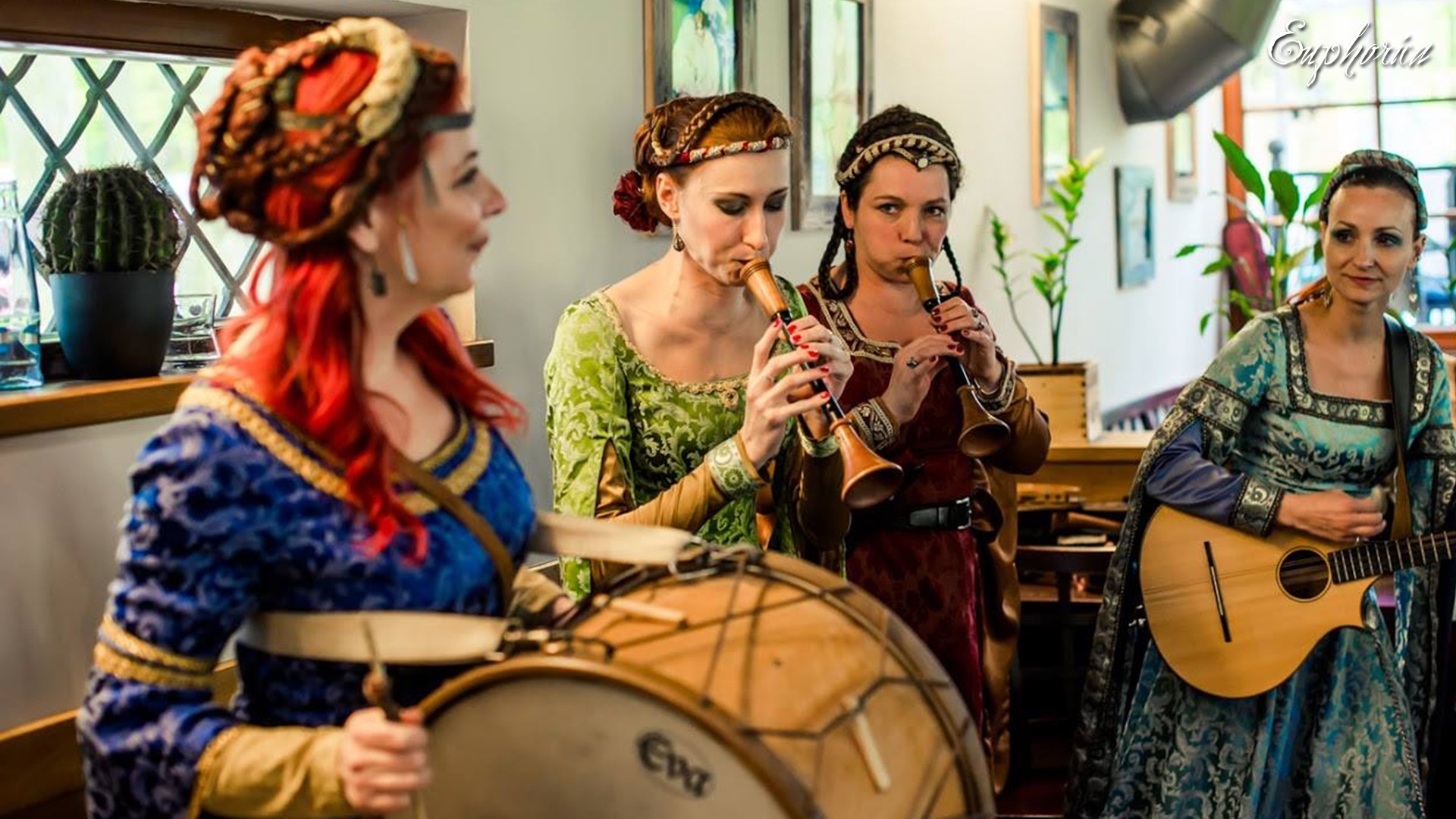 The medieval music in the program has its origin from different parts of Europe. In the repertoire Euphorica appears Sephardic songs from Spain, Latin songs from Germany and the Czech Republic, or Occitan and France, and melodies from Italy. You can hear our medieval music at medieval festivals, historical markets, but also at weddings and company parties. Abroad, you can hear us, particularly in Germany and Spain.

The music band Euphorica formed in 2007. Its members have played not only in medieval bands in previous years. Drummer and singer Eva Žídková and singer and player cister Iva Šářecová played in the professional medieval band Psalteria several years. Other experienced musician is professional flutist Markéta Stivínová who plays as a solo flutist also range from jazz to classical. Clarinetist Kateřina Bartošová has experience from a music school, where studied traditional and non-traditional styles.

Our other references and other events